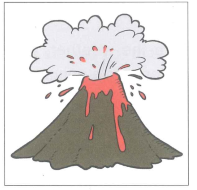 _____ is the natural force that prevents one surface from sliding easily over another.

Read the story about William Shakespeare. Then answer the questions.

William Shakespeare was born in 1564 in Stratford-upon-Avon, England. He came from a wealthy family, but his family's wealth declined when he was a teenager. He started working at a theater when he was around 18 years old. He learned stage acting while he was running errands at the theater. Then he became a playwright when he was 26 years old. At that time, England supported artists in developing their art, so Shakespeare was able to demonstrate his talents. His life as a playwright underwent a crisis when the Black Death struck Europe from  1592 to 1594.
Millions of people died from the disease, and theaters were closed during that time. However, Shakespeare kept on writing plays, and his work finally achieved recognition 200 years after his death. He wrote 37 comedies and tragedies, and his most well-known plays are Hamlet, Othello, King Lear, A Midsummer Night's Dream, Romeo and Juliet, and The Merchant of Venice.

Where was William Shakespeare born?

What was his job?

What type of plays did he write?

The stars are beautiful in the night sky. They are far away, farther away than most people can imagine. Even though they are light-years away, they can still light up the sky. For thousands of years, people have been interested in stars. They have been used as fortunetellers, calendars, and maps. Travelers often used the stars to help them find their way.

Before there was electricity, the stars and moon were the brightest things in the night sky. People spent hours staring up and wondering what the little, twinkling lights were. Back then, the stars were easier to see because there weren't any other lights at night.

Greek philosophers 2,300 years ago started to try to unravel the mystery. A man named Anaxagoras thought that the sun was a giant ball of metal burning in the center of our universe. He was thrown in jail and sentenced to death because this idea conflicted with people's religious beliefs.

Even so, people did not stop trying to understand the sun. Scientists still study it today. Large telescopes take pictures of the sun almost every day as we try to learn more about it.

What would be the best title for the passage?

Why were stars useful to people?

Which of the following is NOT mentioned?

Why was Anaxagoras thrown in jail?

Read the following passage. Then answer the questions.

Books and reading are a very important part of education. If you go into someone's house in the modern world, they will usually have some sort of bookshelf full of books that they like to read. Some very educated or book-loving people have large rooms full of books.

Nowadays, you can have many books without needing a room to store them. The Internet is making it more efficient for people to read. Web sites now make it easy for people to buy books. Thousands of books are available online. You can buy used books or new books. Now you can even buy electronic books. The Kindle, released by the web site Amazon, allows people to download books online and read them on the device. People can download hundreds of books at a time and put them on this small, handheld e-book reader.

The personal libraries of the past still look good and many people still like to have paper books, but e-book readers like the Kindle are changing things fast. Now people can carry huge libraries with them anywhere. People can read books for a lot cheaper as well. Books bought electronically are inexpensive because they do not have to be printed. They are stored in files and sold straight to the device. The Kindle and other reading devices are going to change book-buying and reading forever.

What would be the best title for the passage?

The author mentions all of the following EXCEPT

In paragraph 3, the word inexpensive is closest in meaning to

What do the Kindle and other e-book readers allow people to do?

What are the Kindle and other reading devices going to do to reading?

Read the following passage and choose the correct answer to each of the questions underneath.
Today's grandparents are joining their grandchildren on social media, but the different generations' online habits couldn't be more different. The over-55s are joining Facebook in increasing numbers, meaning that they will soon be the site's second biggest user group, with 3.5 million users aged 55–64 and 2.9 million over-65s.

Sheila, aged 59, says, “I joined to see what my grandchildren are doing, as my daughter posts videos and photos of them. It's a much better way to see what they're doing than waiting for letters and photos in the post. That's how we did it when I was a child, but I think I'm lucky I get to see so much more of their lives than my grandparents did.”

Ironically, Sheila's grandchildren are less likely to use Facebook themselves. Children under 17 are leaving the site – only 2.2 million users are under 17 – but they're not going far from their smartphones. Chloe, aged 15, even sleeps with her phone. “It's my alarm clock so I have to,” she says. “I look at it before I go to sleep and as soon as I wake up.”

Unlike her grandmother's generation, Chloe's age group is spending so much time on their phones at home that they are missing out on spending time with their friends in real life. Sheila, on the other hand, has made contact with old friends from school she hasn't heard from in forty years. “We use Facebook to arrange to meet all over the country,” she says. “It's changed my social life utterly.”

What is the passage mainly about?
According to the passage, Sheila uses Facebook to do all of the following EXCEPT ______.
Children under 17 are missing out on spending time with their friends in real life because ______.