You do this when you want to buy something at a cheaper price. You try to talk to the seller to have the item with the price you can buy. What is this?

This building is very old. It was built a long time ago. This means it is the _____ building.

You need to have this before you make a dress. This will help you know how your dress looks like and what color it is. What is it?

You do this with paper to make origami. You can do this before you put clothes in the wardrobe. When you do exercise, you sometimes do this. You are _____.

You need to prepare this first if you want to make or cook something. Your clothes are made from this. What is it?

This is a plant that has a white color. It is added to food to make a strong taste. It is good for people who have the flu. What is this?

You do this to borrow CDs from the shop. You have to pay money for it. When you are new to a city, you need to do this to have a house or a hotel to stay? You are _____.

It was so great to meet you at the summer camp in the USA. I really enjoyed learning more English with you. I have learned so many interesting things from you all. I've never had so much fun in a class before! It is great that our class has a Viber group, but I also like writing emails. I wrote to Sasumi yesterday. He says he's thinking of going to summer camp again next year. I also sent Rachal a text, but he hasn't answered back yet. Have you still keep in touch with him? I have to go now. My Portuguese class starts in five minutes.

How was Evan's trip to the USA?

What is Sasumi's plan for the trip next year?

Good morning, my little girl. Hope you had a good night's sleep. I know that when you read this letter, I am on a flight to Taiwan. I am sorry for not saying goodbye to you directly. But don't worry, I will be back soon if the seminars finish earlier than planned. That is such a pity that I cannot attend your school festival. Your kit for Saturday's Sports Day is in your cupboard. Let me know if anything needs washing. Nanny Plum will come with you at 13:00pm. She said she would make your favorite pasta. I bet you are jumping with joy.

See you when I get home.

What does the father feel sorry about?

Read the menu. Then answer the questions. 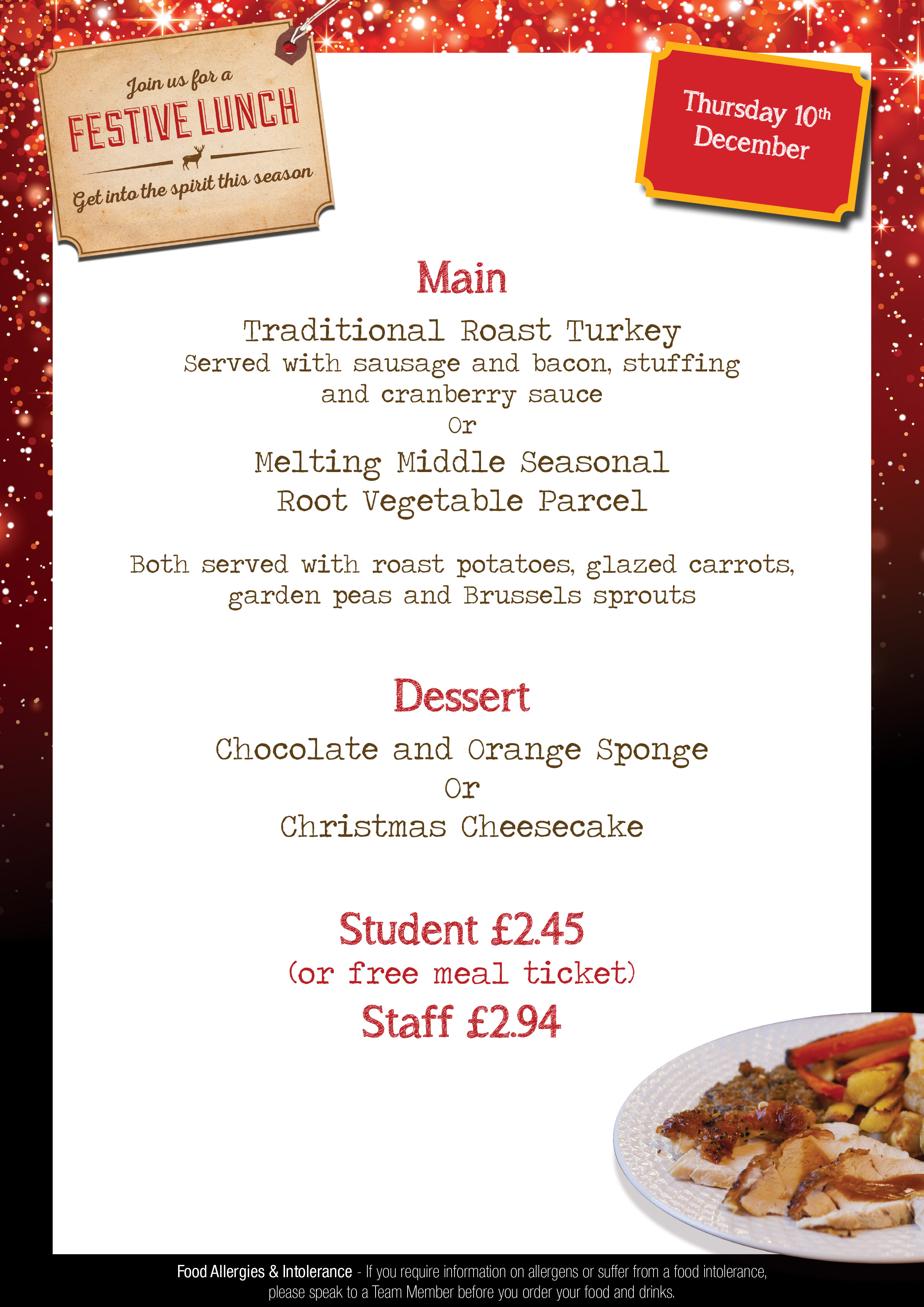 How many main dishes are there on the menu?

Which dessert is NOT included in this meal?

How much do students have to pay for the lunch?

Read the program. Then answer the questions.

When is the concert?

Who will probably perform first?

What will they have for a snack?

A man came home late from work. He was bred and irritated. When he reached home, he found his 5-year-old son waiting for him at door.
When his son saw him, he asked, 'Daddy, may I ask you a question?"
Father replied, ''Yeah, sure what is it?"
Son asked "Daddy, how much do you make an hour?"
Father replied: "If you must know, I make $100 for an hour."
With his head down son replied, "Oh! Daddy, may I please borrow $50?"
Father was furious, "If the only reason you asked all this so that you can borrow some money to buy some silly toys or other nonsense then you go yourself straight to your room."
Listening to this, the little boy quietly went to his room and shut the door.
A few minutes later when the man calmed down and started to think about a conversation with his boy, he thought, "Maybe there was something he really wanted to buy with that money because he really didn't ask for money very often."
The man went to the little boy's room and opened the door. He went near the boy and asked, "Are you asleep, son?"
The boy replied, "No daddy, I am awake."
The man said, "I have been thinking that maybe I was too hard on you earlier. Here's the money you asked for."
Saying this father gave the little boy a $50 note. The little boy sat straight up, smiling; he yelled, "Oh. Thank you, daddy!" Then reaching out under his pillow; he pulled out some cramped up bills. When the man saw that boy already had money, he started to get angry. The little boy slowly counted his money. Father grumbled, "Why you asked for money if you already have some?" Little boy replied, "Because I didn't have enough but now I do."
Then the boy giving that money to his father said, "Daddy; I have $100 now. Can I buy an hour of your time? Please come home early tomorrow. I would like to have dinner with you."
Father was crushed. He put his arms around his little son and felt sorry for getting wary at him.

Why was the father furious?

What made the father calm down?

What is the best title for the passage?

A crow who had recently learned to fly, flying from one place to another, noticed that humans fed chilies to parrots and feed grains to white doves. Crow was hungry and hoping that someone would give him some food as well, he cawed but nobody took notice of him. He thought to himself, "It's better to be a dove than a crow."

Just then he saw that someone had left a bucket full of white paint out in open. Seeing that he had an idea. He jumped into bucket of paint and before workers came, he flew out. Now, he was as white as a dove. Then he flew towards doves and settled next to them. He pecked at grains given to doves. None of the dove noticed him that he was a crow.
Crow was so happy that he cawed loudly. "Caw Caw." Immediately doves knew that this bird in white was a crow. They started cooing loudly and this poor crow had to fly away.

"I never knew doves could be so wild.", He thought to himself.

A little while later, crow saw a flock of crows and thought, "Ah! My friends ..."

He flew towards them but crows were startled to see a white bird flying among them and they all flew away, leaving him behind. Crow became sad and to add to his problems, it started raining. Crow rushed to find shelter but then he saw that rain was washing away the paint. He was black once again.

Crow was happy to be himself again. Later, he joined another flock of crows cawing loudly, proud of his black color.

Which animal is fed with grains?

What did the crow do to be fed like other doves?

Why did the poor crow have to fly away?

What can we learn from the story?

Thousands of miles from Earth, on the far side of the universe, is a small planet, Fliptune. It is dark and cold, far from the sun, behind a much bigger planet. Little green aliens live there. They use torches to see.

One day, a young alien, Neila, put the wrong batteries in her torch. Suddenly, there was a dazzling beam of light. It went up into the sky, around the sun and hit planet Earth. The light hit a boy called Billy and his dog, Splodge. Neila quickly turned the torch off, but the pair were sucked up by the light. They flew through space and landed near Neila.

‘The ice cream never melts, and nobody eats it. It’s too cold here,’ said Neila.

‘It will in my tummy,’ thought Splodge.

Neila looked sad. ‘Can you help us?’ she said. ‘We need sunshine to make things grow.’

She got her torch, put the wrong batteries in again – ZOOM! Billy and Splodge were speeding back to Earth. Billy pointed his bedroom mirror between the sun and Fliptune. The sun’s rays bounced off the mirror and up onto Neila’s planet.

Thanks to Billy, Fliptune is not cold anymore. Splodge moves the mirror each day to keep the sun shining there. Now Neila and her friends sit in the sun and enjoy all that free ice cream.

Billy was so surprised with the planet because ____.

What did Neila want Billy to help?

What made Billy and Splodge fly to Fliptune and back?

So far, archeologists, historians who study ancient cultures, have found over 100 pyramids in Egypt. They are still exploring so are likely to find more.

Outside many of the pyramids, the ancient Egyptians built large statues called Sphinx. These statues are of imaginary creatures. The creatures have the head of a man or bird and the body, legs, and tail of a lion. They were built in front of the pyramids as guards for the tombs of the Pharaohs.

What is the most famous structure in Egypt?

What are imaginary creatures used for?

Kimonos were very popular for a long time. As they began getting more popular, people became interested in different colors and fabrics. They matched bright fabrics with seasons. Also, in the past, you could match colors to the social and political class. By looking at someone's kimono, you could tell what part of society they belonged to.

In the western world and other countries, people wear a lot of accessories. They may wear jewelry like rings and necklaces. People often wear hats and fancy shoes. The Japanese did not dress like this, however. Instead, they expressed their style and taste with the fabric of their kimono. Kimono designers used their fabric as a canvas. Like an artist who paints pictures, people would design very elegant images on their fabric. Some kimonos were even painted with ink!

What you can guess by looking at the kimono?

Which accessories that the Japanese do not like to wear with kimono?