When you try to give the best answer for something you do not know for sure, you do this. You also do this to know someone's age without asking them. What is it?

When you take an oral exam, you can choose one among many questions. The questions are called _____ ones.

This is a body part. It is between the feet and the leg. What is it?

This is a kind of furniture. You use it to cover your floor and keep your feet warm in the winter and decorate for the house. What is it?

This is a type of material. It is made from cutting the old trees or plants. It is often used to make tables, chairs or beds. What is it?

When you and your brother or sister were born at the same time to the same mother. You are called _____.

This is a system of vehicles, such as buses, trains or airplanes that help people travel from this place to others. What is it?

This is a group of people together in one place to watch or listen to a play, film or match. What is it?

This is a game in which two teams of six players use their hands to hit a large ball over a high net while trying not to let the ball touch the ground on their own side. What is it?

I have just started working as a tour guide in Prague and I am having a fantastic time. Have you ever been to Prague? It is such an interesting place. Every day, I show five groups of tourists around the city and, for the past two days, I have been leading a night tour, too. It is called the Prague Ghost Tour, but I haven't seen a ghost yet!
Are you working at the moment? If not, Toby is going to visit me next weekend. Why don't you come too? You always say that you want to visit the world outside. Toby is going to fly from Gatwick Airport at 7 pm on Friday. There are still seats left on the flight, so let me know!

What is the night tour called?

Let me tell you what happened to me this afternoon, I checked the weather forecast carefully before I left the house but it did not say anything about the thunderstorm. While I was walking to the bus stop the sky was getting darker and darker, and I could hear thunder. Suddenly, a flash of lightning hit the ground right in front of me! I was so scared! Luckily, I read about lightning all that morning for a test and I knew that I had to get indoors quickly. I saw a shop and I ran inside. I stayed in there for over half of hour until the sky became a little brighter. I had never experienced lightning close like that before, and I never want to see it again!

What did Dawn do before he left the house?

How long did he stay in the shop to prevent the lightning?

Which film is NOT shown on November 19th?

When can you watch "Harry Potter Weekend"?

What time is "Willy Wonka and the Chocolate Factory" shown?

Read the instructions. Then answer the questions.

Spring rolls, summer rolls, Vietnamese spring rolls. Whatever you call them, these veggie-packed bundles make the perfect meals for packing a huge amount of veggies into your diet. 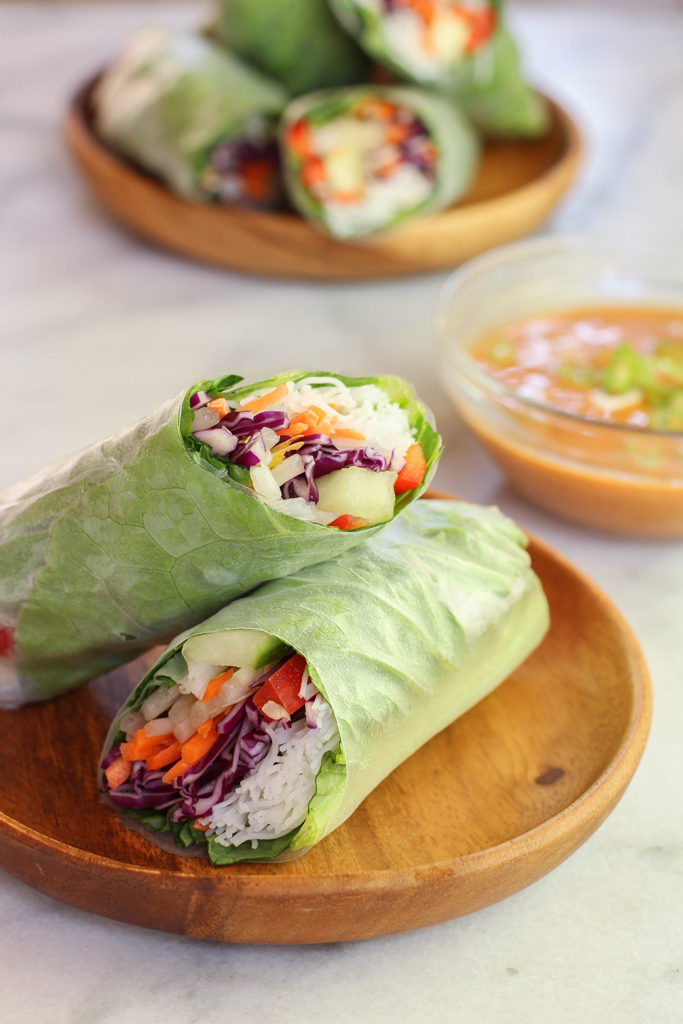 What you will need:

1. Put the noodles in a pan of water and boil for 3 mins, then let it cool. Wash softly with water again.

2. Wash all the veggies. Cut the carrot into matchsticks using a knife or a mandoline. Cut the red bell pepper, purple cabbage and cucumber into thin sticks. Make paper wraps wet with fresh water for a few seconds.

3. Take a paper wrap. Add veggies prepared in then roll it up. Try to make it look neat and easy to bite.

Note: The rolls are served best with peanut sauce or Vietnamese traditional fish sauce with other spices. You can make your own Vietnamese sauce by mixing fish sauce, sugar, garlic, ginger, and chili to eat with the rolls.

What is the other name of spring rolls?

How many ingredients do you need to make the rolls?

What do you need to do right after boiling the noodles?

Spring rolls are served best with _____.

A little boy named John lives in a beautiful home with his parents. One day, his father finds him crying and asks if something is wrong. John says, “I have so many problems in life,” and talks about his ‘problems’.

John’s father patiently listens to him. Then he brings a bowl and places a potato, an egg and some coffee beans in it. He asks John to touch and feel the ingredients in the bowl, and tell what he feels about them. John describes how he feels about each of them on touching.

The father smiles and asks John to place them all in three different bowls and pour water in them. He then boils them all. After a few minutes, the father turns off the stove and places all the bowls on the table to cool them down.

When they have cooled down, John’s father asks him to touch them once again and feel the egg, potato, and coffee beans. John has a different answer this time. And he says, the potato’s skin is easier to peel as it has turned very soft, the egg has hardened, and there is a fresh coffee aroma coming from the beans.

Listening to John, his father smiles and tells him how the potato, egg, and coffee beans reacted to different situations. The potato has become soft, the egg turned very strong, and the coffee beans have changed their form completely during their testing time in the boiling water.

Why was John crying?

What was NOT the thing John's father gave him?

What did the father want to son to do with three ingredients?

What is the lesson John's father wanted to teach him?

In a faraway village, lives a hardworking farmer who has grape fields. Year after year his grapery gives a rich harvest, and the farmer becomes very successful. He has three sons, who are young and energetic but never bother to work. As the farmer grows old, he begins to worry about his sons’ future.

Then he falls very ill and realizes his death is fast approaching. He calls the sons and tells them, “Dear sons, I see my death nearing me, but before I bid goodbye to all of you, I want to share a secret. There is a treasure hidden under the fields. Dig the whole field after my death, to find it.”

The old farmer dies, and his sons try to do as the father told. The sons begin to dig for the treasure without leaving any part of the field but they find nothing. However, their digging of the field leads to a healthy crop and results in a huge amount of money. These earnings make the sons realize what their father meant.

Which fruit did the hardworking farmer grow?

How were the farmer's sons?

What were the farmer's last words before he passed away?

What is the best title for the story?

On the banks of a river, there is a tree where a swarm of bees set up their beehive. They remain busy the entire day buzzing on flowers and collecting honey. One fine day, a bee feels thirsty and goes to the river to drink some water. As the bee tries to drink, a wave of the water sweeps it away. The bee starts drowning.

Fortunately, a beautiful dove, who has been watching from a distance, rushes to help the poor bee. She picks a big leaf from a tree and flies towards the bee. The dove places the leaf near the bee. The bee climbs on the leaf and dries its wings. In some time, the bee finds the strength to fly away to safety.

A couple of weeks later, the dove is caught in a dangerous situation. As she is sitting on the branch of a tree, a hunter targets at her. The dove looks for an escape but sees a large hawk hovering around her.

That’s when her good deed returns to her. The bee comes to her rescue by stinging the hunter hard. By then the hunter releases the arrow, which misses the dove and hits the hawk, instead. The dove flies away to safety.

What did the bee fly to the river for?

Who saved the bee from drowning?

Why couldn't the dove escape?

What did the bee do to help the dove?

Stacy was really hungry for a snack. She went over to the refrigerator and pulled out some ham and cheese. Next, she went to the cabinet and took out the bread. She was going to make her favorite ham and cheese sandwich. She took two pieces of bread out and laid a slice of cheese onto them. She then put the ham on top of the cheese. Then she put the sandwich in the microwave and cooked it. Finally, it was ready to eat!

What did Stacy do just before eating the sandwich?

Where did Stacy get the bread from?

The unique wolf-like looks of this beautiful breed make the husky a very popular pet. There are different kinds of huskies, but most often they will be either black or grey and sometimes red. Huskies often have sky blue eyes. This breed is commonly used for sledding, whereby several dogs pull a sled to lessen the travel in cold areas covered with snow. Of course, huskies can be kept as pets in places that are not so cold, although it is recommended to still keep them very active. Because they are very curious, they can be taken on longer hiking trips. Even though they are quite big, these dogs are friendly and perfect for young children.

What are the color of huskies' eyes?

Which kind of weather condition is recommended for huskies?