I think you should buy a Moto 360 smartwatch, _____ is the prettiest watch at present.

These days, housework has been made much easier by electrical ______.
We must _____ the environment from the pollution every day.

John is feeling ______ because he hasn’t had enough sleep recently.

The only access _____ that mountainous village is across the small path.

A good leader should not be conservative, but rather ______ to new ideas.

His research has not been able to be _____ because of a financial difficulty.

Jim: “What about collecting used paper, bottles, and plastic bags every day?”

Jenny is talking to Mary on the phone.

Jenny: "Would you like to go shopping with me tomorrow?" 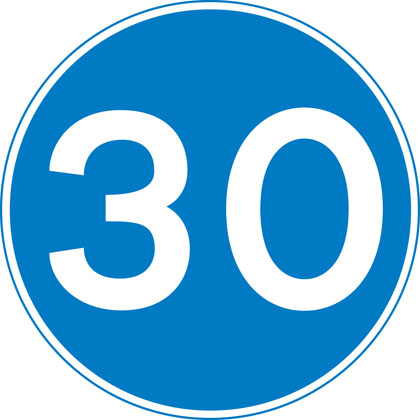 His (CARELESS) led to other teams scoring the decisive goal.

This town has great changes and become one of the most attractive tourist destinations of the country. (GO)

A spaceman must learn to become accustomed to in space. (WEIGHT)

It's not a good idea for those suffering from high blood pressure to have drinks. (ALCOHOL)

Single mothers get little for the hard work they do. (RECOGNISE)

It’s useless  to convince her that she doesn’t need to lose any weight. (TRY)

Read the following passage and choose the correct word or phrase that best fits each of the blanks.

The number of students committing suicide because they fail the university entrance exams has been increasing year after year, is really alarming to society. Psychologists say that in the thoughts of the young people who committed suicide because of the exam failure, the value of life is measured by the exam marks. The problem here is the students’ about the life value, which is believed to be generated by the “achievement disease” prevalent in Vietnam’s education. Students are always told that they have high marks and follow university education, if they want to be successful in their lives. At home, parents tell their children that passing the university exams is a must. At school, teachers tell their students to exactly follow the ways they want. Students only have 12 years to fulfill the dream of their parents and become excellent students as they are told to do. , a lot of students seem to have only one way to follow when they fail the exams: committing suicide to hide from the shame they cause to and their families. Psychologists have rung the alarm bell over the increasingly high number of students committing suicide in the last few years, saying that the figure shows that Vietnamese students feel puzzled when they try to escape crisis and stress.

In Africa, people celebrate with joy the birth of a new baby. The Pygmies would sing a birth-song to the child. In Kenya, the mother takes the baby strapped to her back into the thorn enclosure where the cattle are kept. There, her husband and the village elders wait to give the child his or her name.

In West Africa, after the baby is eight days old, the mother takes the baby for its first walk in the big, wide world, and friends and family are invited to meet the new baby. In various African nations, they hold initiation ceremonies for groups of children instead of birthdays. When children reach a certain designated age, they learn the laws, beliefs, customs, songs, and dances of their tribes. Some African tribes consider that children from nine to twelve are ready to be initiated into the grown-up world. They may have to carry out several tests.

Maasai boys around thirteen years old to seventeen undergo a two-stage initiation. The first stage lasts about three months. The boys leave their parents' homes, paint their bodies white, and are taught how to become young warriors. At the end of this stage, they have their heads shaved and they are also circumcised. At the second stage, the young warriors grow their hair long and live in a camp called a “manyatta” where they practice hunting the wild animals that might attack the Maasai herds. This stage may last a few years. When they are ready, they will marry and become owners of large cattle herds like their fathers. The girls are initiated when they are fourteen or fifteen. They are taught by the older women about the duties of marriage and how to care for babies. Soon after that they are married and lead a life similar to that of their mothers.

What does the passage mainly discuss?
Where do people in Kenya give the name to the child?

An eight-day-old child will be taken for the first walk by his or her father.

Children have to overcome a few trials to enter the grown-up world.

The girls learn how to become a wife and a mother.

She can’t take part in the game with us.