The exhibition _____ paintings by some very famous artists from all around the world.

Ideas on childcare may differ _____ between the parents.

I think scientists should not be allowed to perform _____ on animals. It's cruel.

He has recently _____ golf to provide himself with some relaxation.

The device ______ you can see in this picture is the prototype developed by our team.

There were lots of black clouds _____ the sky just before the storm.

The school encourages parents _____ in many of the school's social activities.

- "What about some soya milk? They are full of protein."

Linda and Mary are talking about helping disadvantaged people.

Linda: "I think we should give care and comfort to the orphan." 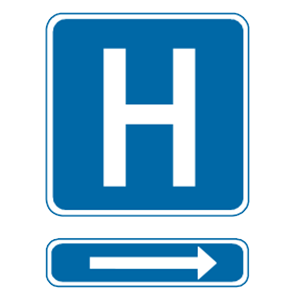 With job vacancies all year round offering high salaries, Vietnam has been ranked second best place in the world to teach English by TEFL Exchange, a community for teachers of English as a foreign language. The site that a foreign English teacher can earn between 1,200 - 2,200 USD a month in Vietnam, where the average annual income in 2016 was just 2,200 USD. They can a job any time of year and the best places to do so are the country’s three largest cities: Hanoi, Ho Chi Minh City and Da Nang. Candidates only need to hold a bachelor’s and a TEFL certificate. English is an obligatory subject from sixth grade across Vietnam, but in large cities, many primary schools demand high . Foreign language centers have been thriving here, with students as young as three years old.

In the 1920s, the science-fiction hero Buck Rogers flew across the pages of comic books using a jetpack. It was a vision of the future that has yet to actually be created. Now that we are living in the 21st century, people still aren’t using jetpacks to get around. Lots of inventors have tried to build working jetpacks over the years, but none of them have ever worked as well as the one Buck Rogers wore in the comic books.

One jetpack that was recently demonstrated at the annual Experimental Aircraft Association’s Convention was the Martin jetpack. This jetpack was built by an inventor from New Zealand named Glenn Martin. Martin’s 120-kilogram jetpack holds about twenty liters of gasoline and can fly for about thirty minutes. Two large fans pointing toward the sky create a jet of air that the jetpack operator flies on. The Martin jetpack may be too loud and too heavy for the taste of some people. However, it really works, and it is on the market today.

Another jetpack that was demonstrated recently is Raymond Li’s Jetlev-Flyer. This is a jetpack that propels a person into the air by shooting out a jet of water rather than a jet of air. The Jetlev-Flyer is smaller and lighter than the Martin jetpack. This is due to the fact that the engine and water pump for the jetpack is on a boat that is pulled along behind the operator. A ten-meter hose connects the engine and the pump to the Jetlev-Flyer. In a test of his jetpack, Li flew almost ten meters high and could travel forward at a speed of 35 kph.

Neither the Martin jetpack nor the Jetlev-Flyer is going to be big sellers. They are just too expensive for the average person. Both cost over $100,000 each.

What can be the best title for the passage?

Where were jetpacks seen in the 1920s?

The two inventors have used the same mechanism to develop their jetpacks.

The first jetpack is larger and heavier than the second one.

In one of Li's experiments, Jetlev-Flyer could nearly reach a height of ten meters.

of the deadly Nepal earthquake have told the horror of the moment when it struck, leaving more than 3,000 dead. (SURVIVE)

The tents will be used for medical camps and temporary after the earthquake in Nepal. (ACCOMMODATE)

Sheldon was  in finding his lost bicycle, so he decided to buy a new one. (SUCCEED)

The crowd shouted  when Zidane scored the first goal for the French team. (EXCITE)

The accident seemed to have completely his confidence. (DESTRUCTION)

I think that on the internet is a waste of time. (CHAT)

John is the most generous person in the group.

Mary lives in the country. It is so boring there.

It is the first time I have gone to the zoo with my family.

Tony doesn’t have free time, so he can’t play football with his friends.