Can you hold the ladder ______ while I climb up and pick the apples?

Wherever you are and whatever you do, keep this in _____: honesty is the best policy.

Porter: “Shall I help you with your suitcase?” 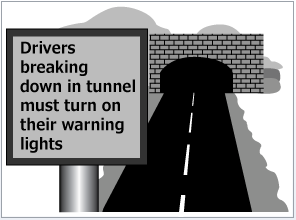 Read the article about Howard Bonnier.

Bray is a beautiful village about fifty kilometers west of London. A young Englishman named Howard Bonnier opened a restaurant called The Palace there about three and a half months ago. Not many people in Britain know Mr. Bonnier’s name yet, but he’s already quite famous in France. This is because he has written in French magazines about almost all the best restaurants in that country. He’s only 29 years old.

When Howard was a teenager, he often went to restaurants with his mother and father. He liked doing this so much that he decided not to buy lots of clothes and CDs; instead, he used his money to visit France and eat in good restaurants. He also bought a lot of French and English cookbooks – he says he has more than two hundred and fifty!

So why did he decide to open a restaurant? Simply because he loves cooking. Has it been an easy thing to do? He says it’s expensive to start your own restaurant and it’s much more difficult to cook for fifty people than to cook for your family, but he’s sure he’s done the right thing.

The Palace has been open for less than a year.

Lots of people in France know about Howard.

Howard’s parents took him out to restaurants.

Howard has always spent a lot of money on clothes.

It can be inferred from the passage that starting a restaurant is __________.

Choose the word that best fits the blank space in the following passage.

A 65-year-old man from Wuhan appears to have the coronavirus to his 27-year-old son living just outside of Ho Chi Minh City.

The father, along with his wife, had flown from Wuhan to the northern Vietnamese city of Hanoi on Jan. 13th. Four days later, after southward in Vietnam, he developed a fever. On Jan. 22nd, he arrived at an emergency department in Ho Chi Minh City.

Tests showed that the man was ill 2019-nCoV, and so he was put in isolation in the hospital and treated with a variety of antimicrobial drugs.

Though he has a number of chronic conditions, the man from coronavirus. By Jan. 26th his "condition had improved," doctors said. His wife is healthy and appears to have never become infected.

However, the couple's otherwise healthy son, who met his father upon the latter's arrival in central Vietnam on Jan. 17th, had developed a cough, and loose stools, and went to the hospital in Ho Chi Minh City on Jan 22nd.

the son had no history of travel to a 2019-nCoV-endemic region, at this point "his father was thought to be the source of infection," doctors said.

Luckily, the son's condition has improved and is now "stable," doctors said.

Complete the sentence by changing the form of the word in capitals.
Reading books is one of the most interesting forms of . (ENTERTAIN)

It's colder today than it was yesterday. (CERTAIN)

To be a good writer you need to be (IMAGINE) .

He is one of the most effective in this campaign. (ACTIVITY)

Thanks to technology, we can now our culture for future generations. (PRESERVATION)

The number of foreign tourists to Vietnam has greatly increased over the last few years.

It is reported that Vietnam had complete control over SARS from a very early stage of the epidemic.

“Please do not litter as you are walking along the coast”, the guard said to us.

He needs to talk to the psychologist about his current situation.