Be careful. That virus is _____ of doing a lot of damage to your computer.

People can _____ themselves from COVID - 19 with everyday preventive actions, like avoiding close contact with people who are sick and washing your hands often.

People in Israel are going to celebrate their festival _____ is called Passover.

All the houses in the area ____ immediately.

The post office is _____ the cinema and the drugstore.

- "The centre of the film industry will no longer be in Hollywood." 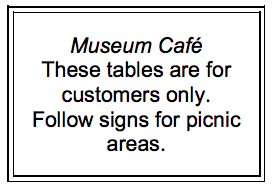 What does it say?

Read the passage and choose the correct word or phrase that best fits each of the numbered blanks.

Self-studying is a learning that students direct their own studying—outside the classroom and without direct supervision. Since students are able to take of what (and how) they are learning, self-study can be a very valuable way for many students to learn.

Self-studying is a great method students can use to enhance their learning experience, whether they are studying for a course or learning about a topic for fun. Using self-study, students are able to go simply learning what their class textbooks and instructors teach them. By practicing self-study, they are to further explore topics they concern about, which develops stronger study skills as a .

One of the major of self-study is that students can take control over their own learning. And when students have control, they become even more interested in discovering new things.

Until recently, most American entrepreneurs were men. Discrimination against women in business, the demands of caring for families, and lack of business training had kept the number of women entrepreneurs small. Now, however, businesses owned by women account for more than $40 billion in annual revenues, and this figure is likely to continue rising throughout the 1990s. As Carolyn Doppelt Gray, an official of the Small Business Administration, has noted, "The 1970s was the decade of women entering management, and the 1980s turned out to be the decade of the women entrepreneurs".

What are some of the factors behind this trend? For one thing, as more women earn advanced degrees in business and enter the corporate world, they are finding obstacles. Women are still excluded from most executive suites. Charlotte Taylor, a management consultant, had noted, "In the 1970s, women believed if they got an MBA and worked hard, they could become chairman of the board. Now they've found out that isn't going to happen, so they go out on their own".

In the past, most women entrepreneurs worked in "women's" fields: cosmetics and clothing, for example. But this is changing. Consider ASK Computer Systems, a $22-million-year computer software business. It was founded in 1973 by Sandra Kurtzig, who was then a housewife with degrees in math and engineering. When Kurtzig founded the business, her first product was software that let weekly newspapers keep tabs on their newspaper carriers and her office was a bedroom at home, with a shoebox under the bed to hold the company's cash. After she succeeded with the newspaper software system, she hired several bright computer-science graduates to develop additional programs. When these were marketed and sold, ASK began to grow. It now has 200 employees, and Sandra Kurtzig owns $66.9 million of stock.

Of course, many women who start their own businesses fail, just as men often do. They still face hurdles in the business world, especially problems in raising money; the banking and finance world is still dominated by men, and old attitudes die hard. Most businesses owned by women are still quite small. But the situation is changing; there are likely to be many more Sandra Kurtzig in the years ahead.

What is the main idea of this passage?

Kurtzig’s first product was software that let weekly newspapers recognize the appearance of their newspaper carriers.

Until recently, women were required to stay at home with their families.

Business operated by women are small because women are not able to borrow money easily.

According to Carolyn Doppelt Gray, the 1970s was the decade of the women entrepreneurs.

The dentist said that it wouldn't hurt, and she was right - it was completely ! (PAIN)

The best way to prevent and slow down is being well informed about the COVID-19 , the symptoms it causes and how it spreads. (TRANSMIT)

Both company managers put their at the bottom of the document. (SIGN)

To conserve resources, please these carrier bags. (USE)

The children gathered their things and ran to the station because it was too late. (HURRY)

They have to go around the fence to the at the back. (ENTER)

"Don’t play your drums all day!" My mother told me.