_____, the bank robbers parked their escape car directly opposite the police station.

All of these paintings are _____ examples of classical realism.

Thank you very much for your present. The chocolate tastes so _____.

Ambrose had to take a job at a fast-food restaurant; _____ he wouldn't have been able to make his car payment.
He kept his marriage a secret for years, but eventually the truth _______.

Mr. and Mrs. Anderson will never forget their trip to Hue, _____ was the old capital of Vietnam.

Volunteer organizations are generally small-staffed, so they need to _____ lots of volunteers for a huge event.

Harry is talking to Judy over the phone.

- Harry: “Thank you for helping me prepare for my birthday party, Judy.”

- “Why don’t we visit the Happy Mind Charity Centre this weekend?" 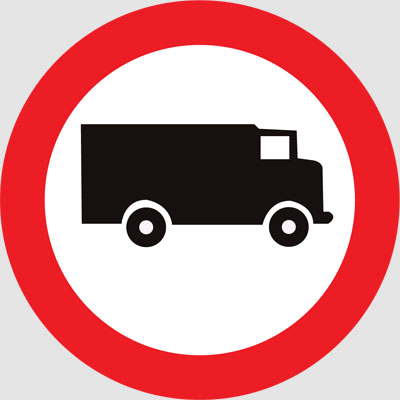 When another old cave is discovered in the south of France, it is not unusual news. Rather, it is an ordinary event. Such discoveries are so frequent these days that hardly anybody pays heed to them. However, when the Lascaux cave complex was discovered in 1940, the world was amazed. Painted directly on its walls were hundreds of scenes showing how people lived thousands of years ago. The scenes show people hunting animals, such as bison or wild cats. Other images depict birds and, most noticeably, horses, which appear in more than 300 wall images, by far outnumbering all other animals.
Early artists drawing these animals accomplished a monumental and difficult task. They did not limit themselves to the easily accessible walls but carried their painting materials to spaces that required climbing steep walls or crawling into narrow passages in the Lascaux complex.
Unfortunately, the paintings have been exposed to the destructive action of water and temperature changes, which easily wear the images away. Because the Lascaux caves have many entrances, air movement has also damaged the images inside.
Although they are not out in the open air, where natural light would have destroyed them long ago, many of the images have been deteriorated and are barely recognizable. To prevent further damage, the site was closed to tourists in 1963, 23 years after it was discovered.
Which title best summarizes the main idea of the passage?
Why was painting inside the Lascaux cave complex a difficult task?

There are a large number of caves in the south of France.

As discovered, birds appear most often on the cave walls.

The author mentions four causes damaging the paintings in the Lascaux caves.

Visitors were prohibited from entering the Lascaux caves in 1963.

BRINGING UP A FAMILY

"It can be so difficult to support a family and bring up children," says Michael Wilson, father of two teenage girls. "It's something that (0) nobody can ever prepare you for because every family of different people and personalities.
Firstly, you have to make sure that everyone has what they need. Children require so many things these days, from school uniforms and books, pens and pencils to games, toys, computers and, of course, clothes. Secondly, there is always the concern that they might be danger. I see so many terrible things on the news every day that I always wonder whether my own children are safe or not and sometimes I get very concerned, even if they are only a little late home. That's what they don't when I tell them off.
Of course, there are wonderful aspects to having a family. It is a great pleasure to watch them grow and develop their own personalities, not to mention the love and warmth that exists in a family. My wife and children are the things in my life and, the difficulties, I can honestly say that I wouldn't change a thing!"

The magazine has a of interesting articles on food. (VARY)

Everyone has been so since I lost my job. (SYMPATHY)

British Airways announced the of flight BA671 from Frankfurt. (ARRIVE)

I think I was sacked and have decided to bring the firm to court. (FAIR)

The burglar gained entry to the building after the alarm. (ABILITY)

The company is investing $10 million to  its factories. (MODERN)

Do you have a better refrigerator than this?

Finish each of the following sentences in such a way that it means the same as the sentence before it.

Finish each of the following sentences in such a way that is exactly the same as the sentence printed before it.

Finish the second sentence so that it has a similar meaning to the first one, beginning with the given words.